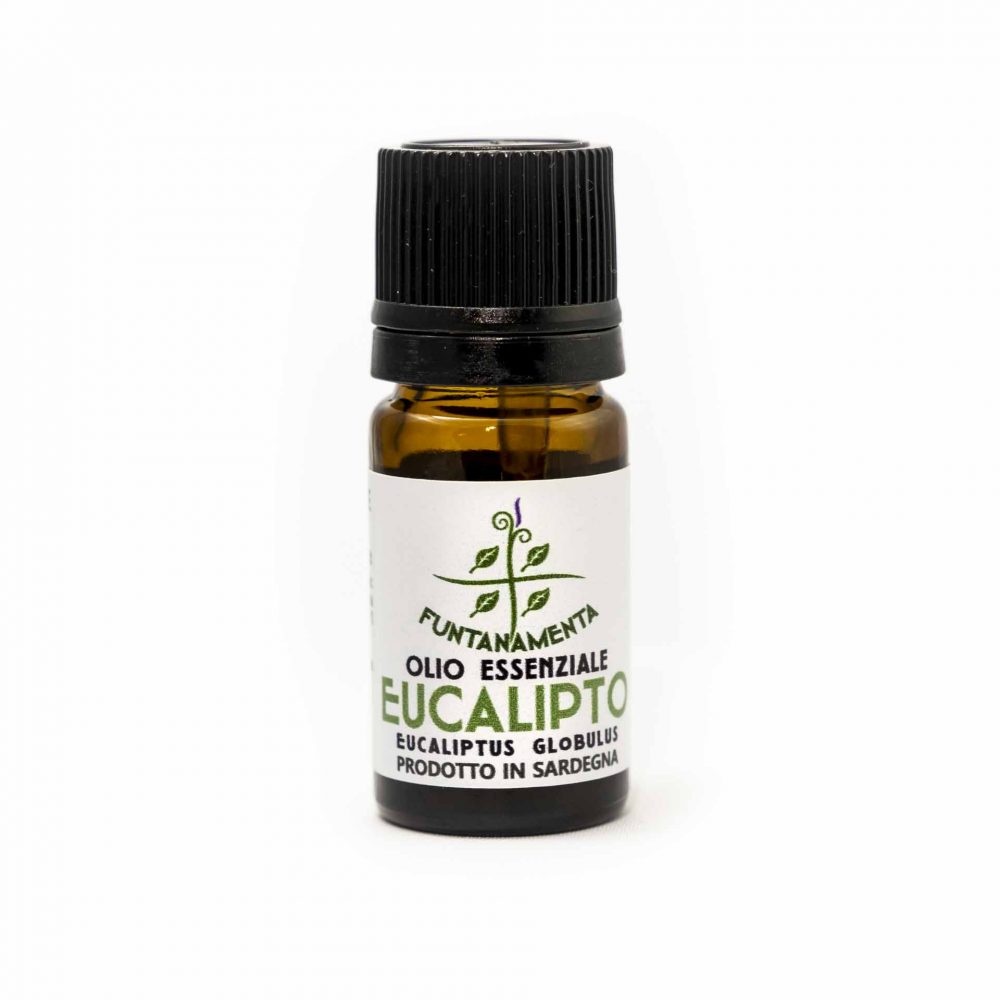 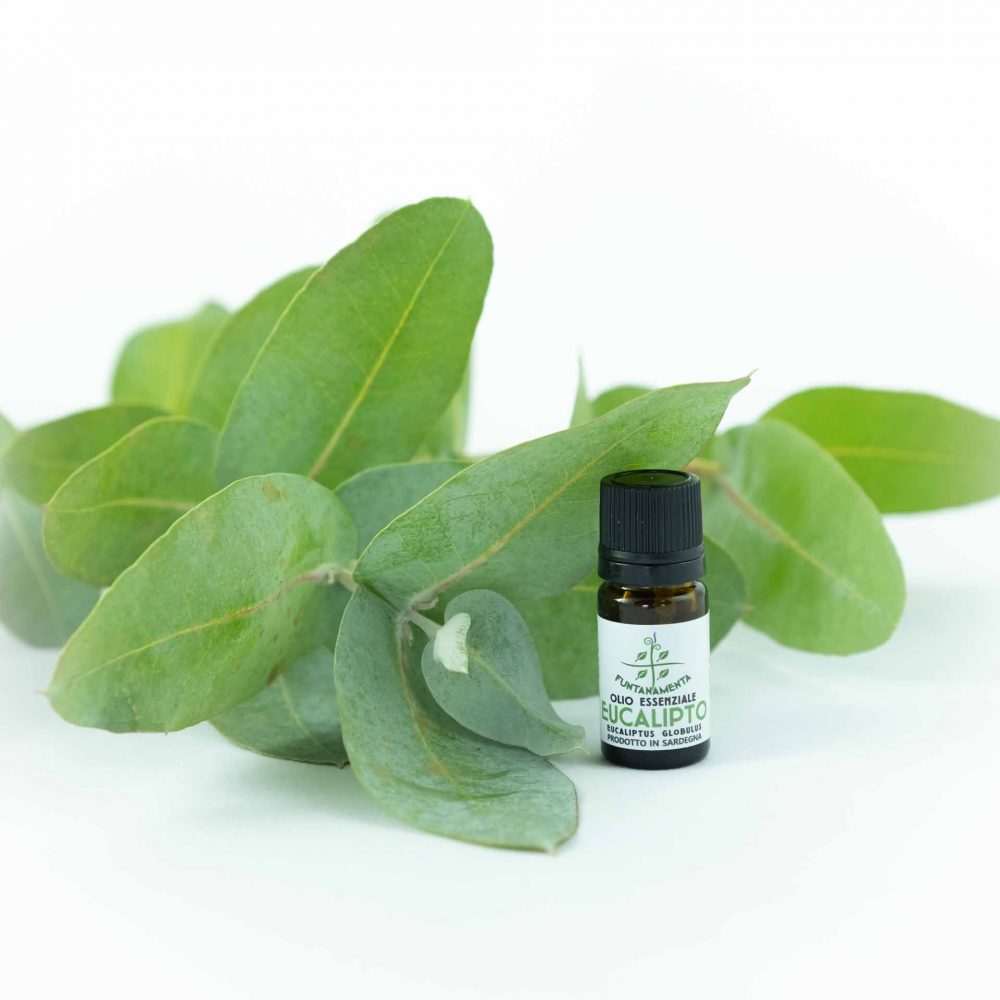 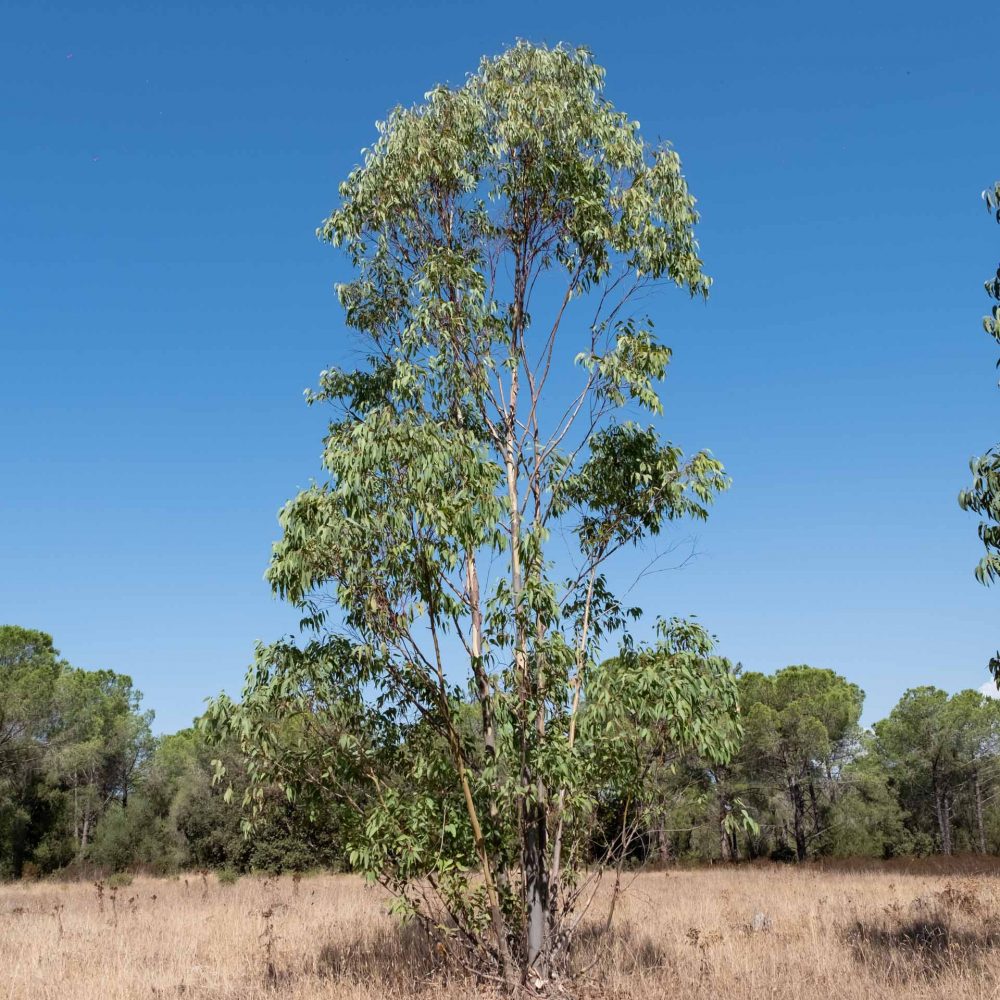 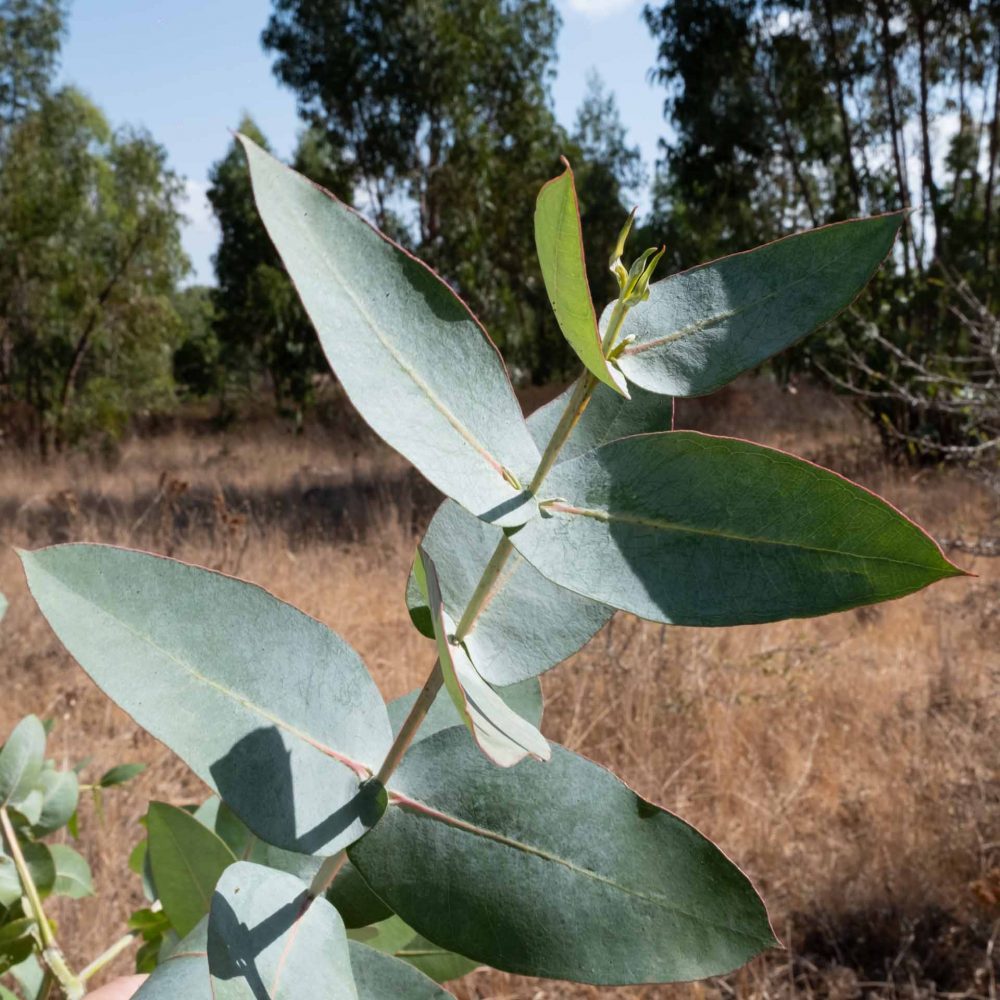 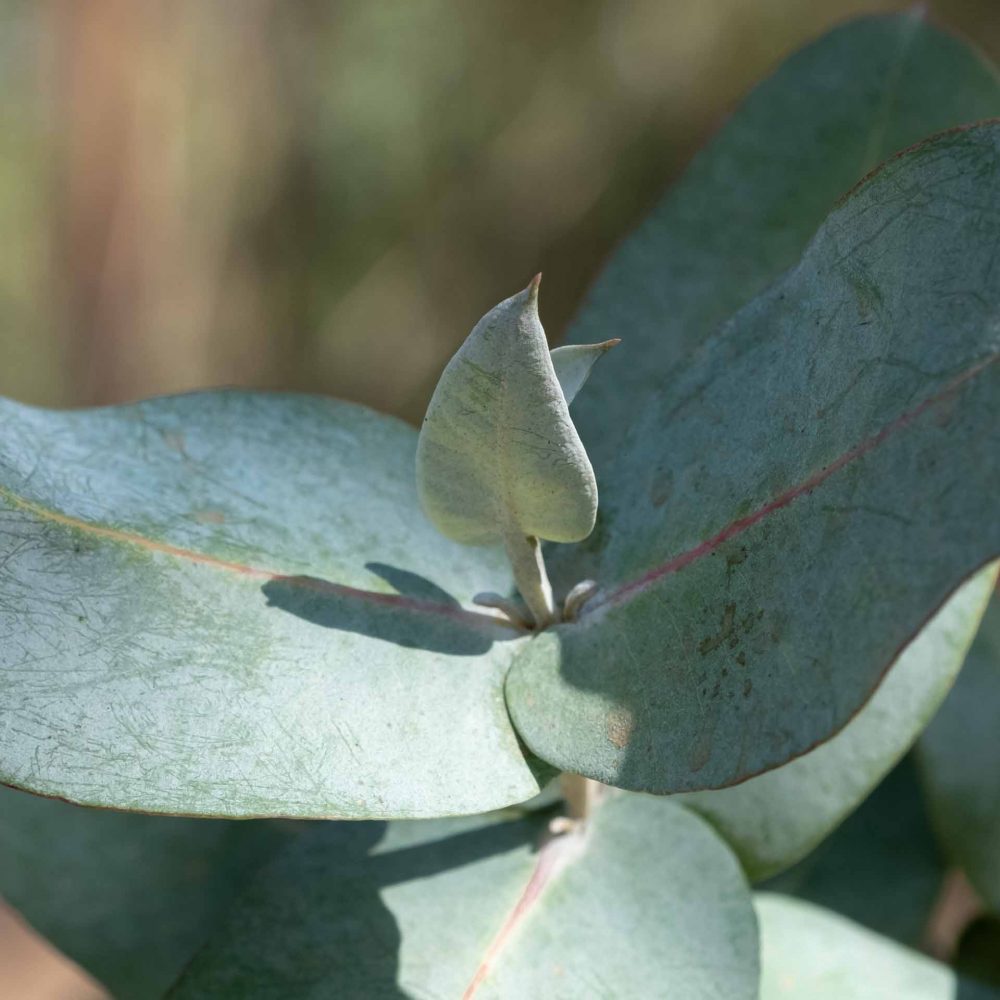 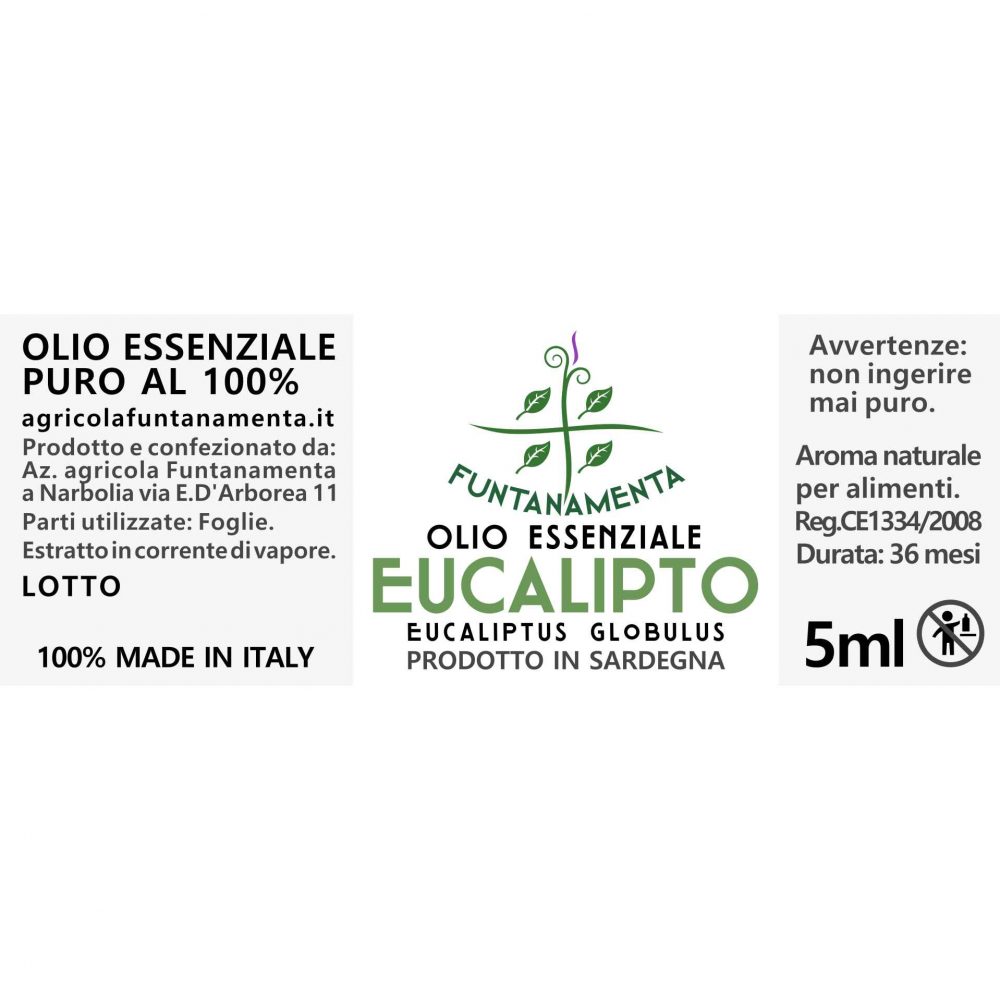 Eucalyptus is not a Mediterranean plant, but is native to Oceania. It was introduced in Italy in the late 1800s to reclaim marshy areas such as those in Maremma and in the Pontine plains, while in Sardinia it arrived around the 1920s and was widely used for reforestation. In the Oristano area, Baronie and Campidano has found its ideal habitat and today it continues to be used for wood, as a windbreak and honey plant. Eucalyptus honey, in fact, is highly appreciated and it seems that about 50% of the honey produced in Sardinia derives from its abundant flowering.

Its genus is part of the Myrtaceae family - such as Myrtle - and is a plant that includes numerous species. The one we have collected is Eucalyptus Globulus, now naturalized by us and able to provide a quality essential oil, very active and powerful.
It is the only non-Mediterranean plant that is part of our production, because we believe it respects those elements of sustainability we care about.
Even if it has become part of our landscape, today it is no longer possible to make new Eucalyptus plants, as the line adopted by the Forestry Corps and Forestas agency is to promote native flora.

Try to put few drops of essential oil in a package of paper tissues, in this way you will have a natural balsamic effect to take with you.

Our essential oils are obtained by steam distillation.

The entire production chain is personally followed up to obtain 100% pure essential oils and aromatic waters.

Our oils are produced in limited batches, because the whole process is handcrafted. 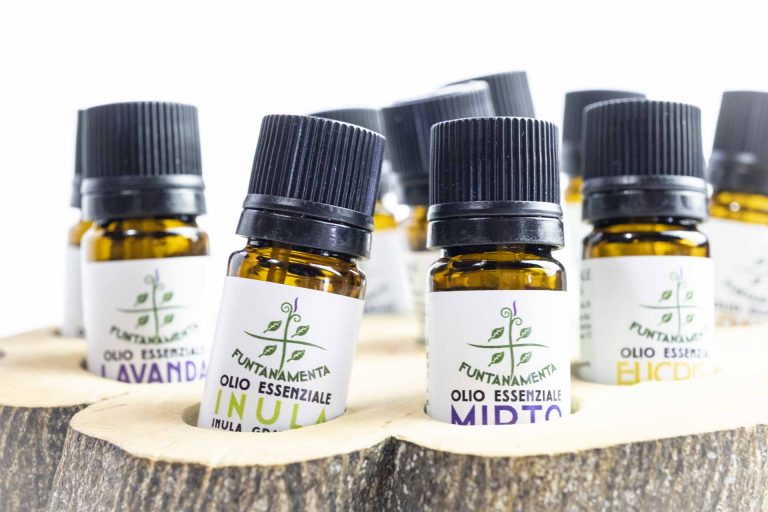 The chemical composition of the oils has been certified by gaschromatographic analyses by the Department of Pharmaceutical Sciences and Technologies of the University of Turin.

They are produced and marketed by Funtanamenta as Natural Flavors for Food - Reg. CE 1334 / 2008-, respecting all safety and hygiene regulations and equipped with the HACCP self-control manual.

There are no reviews yet.

Be the first to review “Eucalipto” Cancel reply

The information regarding shipping methods and costs may vary over time, we will try to keep them up to date and as economical as possible.